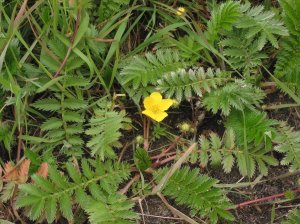 There’s been talk recently on the Vine of Obstacles, the online sangha I’m a member of, as we have been trying to put into words what we share, and what has been created by Dosho Port, our teacher, in collaboration with all of us.  Partly this is due to an article Dosho shared with us he’d written on Cybersanghas, and partly the sense we all have that it has gathered strength and intensity during this practice period. Dosho says it is not quite the same as monastic life, or even in an urban center, where the metaphor used is “polishing stones.”  Like in a rock tumbler, the process of practicing together rubs off our rough edges.  Until we come out smooth and beautiful.

The fact that we share our struggles and challenges without an expectation of response reminds me a little more of a 12 step meeting, where the rule of thumb is “no crosstalk.”  Some people have trouble with this approach.  They are either the kind who love giving direction or advice, or the ones desperate to receive it.  I finally realized that in my life, the people who have helped me the most are the ones who never tell me what to do, but instead remind me it is up to me to decide, up to me to act, and up to me to experience the consequences of my actions.  As some Zen teacher has said, you can’t even exchange a single fart with someone else.

And so I was reminded in trying to put words to what the vine and this practice period is like for me, of my experiences in those 12 step meetings.  Some people new to the program who have trouble with the idea of a higher power are told, “That doesn’t have to be god.  It can be the universe, a doorknob, or the group that you come to at your meetings.”  I did have troubles at first with that idea, but was able fairly quickly to fit it into a Buddhist framework.  So because I never had to struggle with it, I also never had to take the group as my higher power.  It was only after years of coming to sit in those meetings with others, where people met to discuss life or death issues for them (for that’s what addiction is; maybe that’s one reason we see so clearly the benefits) that one day while sitting there I awoke to the realization that the group was a source of strength and truth higher than myself or anything else I had in my life at that time.  I could be stronger, more honest, more open, because I really could take strength and honesty from what the other people shared there.  I didn’t need to be told what to do, because they helped me to clarify who I was and what I wanted in my life, and the needed actions were clear once the rest was clear.  And though I might not feel strong or smart, I could take the strength and intelligence from the group.

And that is what I’m finding with the vine as well.  When I don’t want to go sit at night when I’m tired, I remember that all the others are doing that, and it becomes easier to take my cushion.  When I feel I can’t be honest or open in an interaction at work, I think of what someone else on the Vine shared about their efforts to do so, and I find the courage also.

Years ago we had a plant in our front yard.  It was a Dutchman’s pipe that took over a whole garden.  It was like other plants I have dealt with in gardens, a stoloniferous one.  That means you might appear to have a garden or yard full of different plants poking out from the soil, but it was really one gigantic root system.  The plants are joined by a series of horizontal roots called stolons.  So in reality it is just one massive plant.  That allowed it to survive when a few of the shoots were not doing so well.  It also made it a bear to try to remove when it had overgrown and was threatening other plants!  But I’ve taken it as an image for what this world is like: we’re all shoots from that same great, deep root.  We pop out, look around, and think we’re separate and unusual.  But in the same way I doubt any flower comes forth and thinks that of itself that way, it’s important to remember the strength we come from below the soil.

I think the way the Vine is set up allows us to find that common root we all share, and to take strength and purpose from what we have in common, not from how different I may think I am.

Hmmmm…”a garden of stoleniferous plants. “ Just doesn’t have the same ring to it as “polishing stones.”  But it does seem to go well with the name “Vine of Obstacles.”  We are a vine ourselves too.