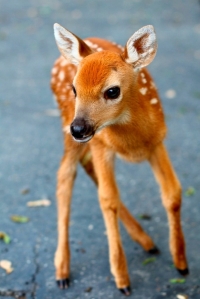 Time is a jet plane, it moves too fast/but what a shame if all we’ve shared can’t last.
Bob Dylan

The only reason for time is so that everything doesn’t happen at once.
Albert Einstein (and a fortune cookie I got once)

Love’s not Time’s fool, though rosy lips and cheeks
Within his bending sickle’s compass come;
Love alters not with his brief hours and weeks,
But bears it out even to the edge of doom.
Shakespeare, Sonnet 116

Happy New Year! I know many people say New Year’s celebration, and a year’s measure itself, are merely an abitrary construct. But on the other hand, there is in it the reality of cycles, of planets and suns and season.  So there is usefulness in it.

As I think about the holiday, the natural topic or questions I hear everywhere right now are about resolutions, changes, intentions for the coming year. But rather than stepping into that question of practice as the great improvement project, the other topic we human beings are focusing on right now is time itself. We have that image of the old year, a hunched and tottering oldster walking off the stage to make room for the fresh-faced baby wearing a sash emblazoned with “2018.” Though I have to say I picture it more this year as a newborn fawn, licked clean by its mother and struggling to stand on shaky legs. And unaware of the hunters just beyond the clearing, all drawing time’s arrow in readiness for it. Deer in the headlights, indeed.

And when I think of time, and Buddhist theory, my first thought is of Dogen’s Uji, or Being-Time, one of the most analyzed and least understood of his writings. I say least understood not from a place of understanding, just from the fact that otherwise it would not be endlessly commented upon. When I think of it, my next thought is: there must be some other writing or sutra I can look to? I mean, just reading the firewood and ash section about time and cause and effect in his Genjokoan gives me a headache, so you can imagine what an entire piece of his on time does to me. Still, it’s dense and beautiful and lyrical and confounding, like all the best of Dogen’s writing. If you’d like to look at a translation of it, here is one.

“For the time being” here means time itself is being, and all being is
time.

Time is being, Dogen seems to be saying. And all beings are time. And perhaps time is a being. In considering it I can’t think of time any longer without the awareness from teachings and practice, that somehow wrapped up in there too is the fact that all things are impermanent. There is the continuous cycle of arising and falling away, like the beginning and ending of years. All good stories have a beginning and also have an ending.

My relationship to impermanence changed not long ago, the first time I bought a mattress with a 30 year guarantee and realized, ok, even if I’m very fortunate to have a long life, I likely won’t be buying another one of these. Not just a vague sense that, yes, all things end, but that this particular thing I experience as myself will end. And that end is not off in some imagined future far away any longer.

Dogen says we don’t understand what time really is.

I’m not sure how it was seen in his time, but most of us now, even in spite of the scientific understand of how time and space are entangled, still see time as something separate.

People only see time’s coming and going, and do not thoroughly
understand that the time-being abides in each moment.

Most often when I’m dealing with time in an unthinking way , I treat it as a thing that can be quantified, saved, and made use of…. or wasted and lost. And that it’s limited. So, my understanding is something of a cross between the ancient mythological story of the three fates spinning out a thread, and the notice on my laptop of the amount of charge in my battery, which interestingly is also converted into “time remaining.”

To think of time as a being opens it up in a way that mechanistic view doesn’t. I can interact with time, I enter into a relationship with it. I can take care of it, and let it support me. If I see others as time, I feel kindlier and more tender to all those beings—myself included, and time itself included.

Time is not separate from you, and as you
are present, time does not go away.

Maybe there’s just something about solstice or this particular time of year that encourages pondering these things…I notice on rereading Uji that at the end it states”On the first day of winter, first year of Ninji [1240], this was written at Kosho Horin Monastery.”

Perhaps rather than focusing on resolutions and change, you can explore how you relate to time? Does it change if you see it as a being? And ok, to get a little bit of reflection on what you’d like to do in the coming year, how would you like to dance with time in 2018?

Wishing you all an unhindered year–

It’s easy for me to focus on Dogen’s philosophy, dharma and teaching, because it’s so compelling, fascinating and challenging.  So much so that it’s also easy to forget sometimes what drew me in so strongly in the first place…the guy’s an amazing writer.

Breaking Genjokoan down as we’re doing in studying , spending time with each section, allows me to see the depths that are there, but also lets me see the beauty and poetry in each each section.  And every so often I have to go back to read the whole thing again, to see the power of it in its entirety.  But here’s the section I’ve been studying this week:

When you first seek dharma, you imagine you are far away from its environs. At the moment when dharma is correctly transmitted, you are immediately your original self.

When you ride in a boat and watch the shore, you might assume that the shore is moving. But when you keep your eyes closely on the boat, you can see that the boat moves. Similarly, if you examine myriad things with a confused body and mind you might suppose that your mind and nature are permanent. When you practice intimately and return to where you are, it will be clear that nothing at all has unchanging self.

Dosho says, “There’s not too much to this one.”  And he’s right.  There’s not that much here.  Certainly not compared to some of the other denser passages.  I imagine few of us these days are unfamiliar with this idea , accustomed as we are to traveling in boats, in cars, in planes, to that disorienting feeling we’d have as a kid looking out the window of the car, wondering what’s moving and what is still.  Still it’s a not always easy for us to remember, and I think this is what he’s saying though he never makes it explicit: that in the same way that when we don’t concentrate on the boat, if we don’t concentrate on this body and mind, we believe all is change “out there” in the world, and forget body and mind too is impermanent.  We too are moving in the stream of time.

Sometimes metaphors are all we have to express what is beyond words.

All of which brings me back to what I began to say in my roundabout way: that what drew me in and still blows me away is the fact that Dogen writes amazingly.  Sitting with this section for a few weeks, and even setting aside this might be a more novel idea to readers of his time, I agree this is a bit of a “slow” section.  And when I thought of it that way, I saw it was like the slow movement in a Beethoven sonata or quartet.  A true artist knows that the work can’t be relentless.  There needs to be pacing, rhythm, we need time to catch our breath, to absorb what has been said or expressed.  And pause can help to prepare us for the final movement that ties it all together, that often is the thunder and lighting of the piece, as much as it is for Beethoven as it is with Dogen.

His skills as an essayist are as good as an writer I can think of, I see when reading the whole piece.  He circles around a subject, bringing in all sorts of seemingly extraneous thoughts or stories.  Then just when you think he’s lost control, tying it all together in a masterful move and boring back in to what he hinted at in the beginning.  Or when he can’t find a word to express what he wants to say, he’ll invent a new one.  Or use an old one in a new way.  Like the best poets.  Catullus would do that, stretching the limits of words.

He also tests the limits of syntax and grammar, like E. E. Cummings did.  The language is in the service of the teaching, never the opposite.  That’s why it is true dharma words and teaching.  But also why it’s damn good reading!  Fresh and exhilarating.  Never willing to settle, he will reveal new teachings in old words or stories.  He can also teach the deepest truths of Zen and Buddhism without ever having to rely on the words “Zen” or “Buddhism.”

And that’s why he remains an example for any practitioner to follow.  As well as for any who writes to shoot for.